Harry and Thomas Ready to Do Battle With Fiends & Villains Everywhere!
(I believe this is another great piece done by Mika Blackfield)

Wizard Alert! Harry Dresden’s latest adventure is looming on the horizon! Yes, only 9 more weeks until the arrival of #PeaceTalks. That may seem like a long time, but after waiting more than SIX YEARS–did I mention that before?–a mere 9 weeks sounds like an instant. A long, drawn-out instant for sure, but still an instant. Everything is relative, after all. 😉

Cover of the Week 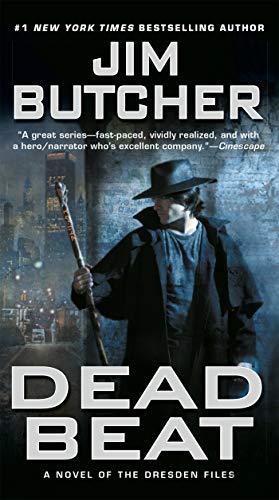 Last week, I promised to share a bit more about other characters in the Dresden books. I think I’ll start with one of my personal favorites, Bob the Skull. 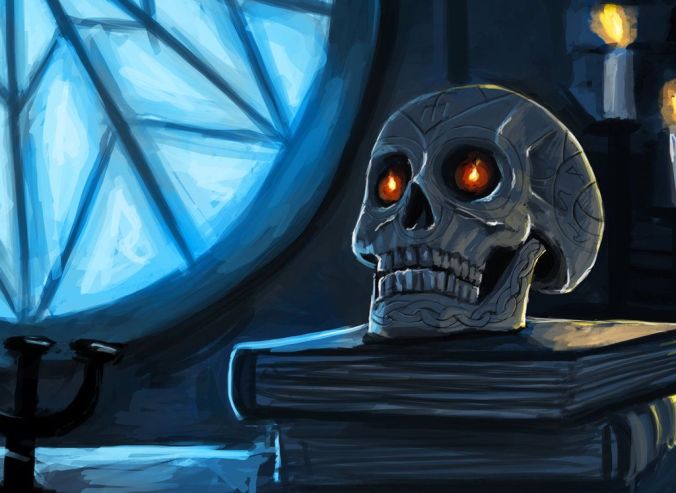 Bob resides on a bookshelf at Harry’s place, and gives out advice, liberally mixed with snarky comments. Of course, it isn’t really the skull, itself, chatting with (at?) Harry. It’s a vastly old spirit that has taken up residence in the empty cranium, as evidenced by the light glowing from the eye sockets. It can (and does) vacate the skull from time to time, swooshing out the door on errands for Harry, or whenever Harry rewards him by letting him visit places where he can read adult novels of dubious literary value. 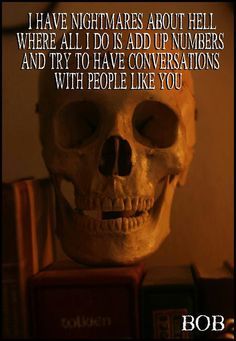 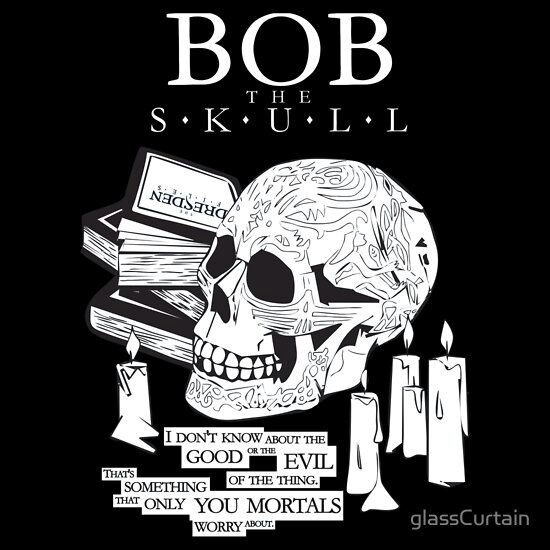 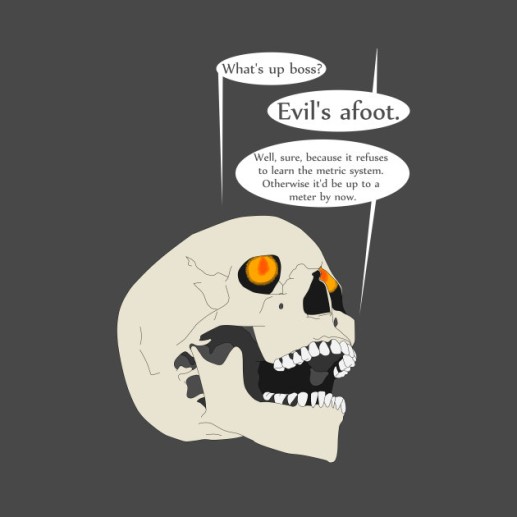 And one more just for PURTY! (If you have a weird sense of what purty is!)
😀 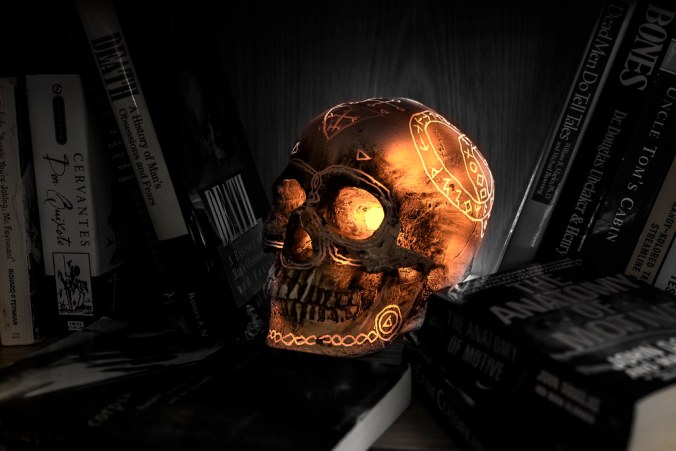 Those of you who are up to date on the series might be as worried about Bob’s welfare as I am, but I’m trusting Jim Butcher to right all wrongs and take good care of him for now. (Don’t make me come UP there, Jim!!)

Next week, we’ll focus on another of my favorite characters, Michael Carpenter. In the meantime, let’s let Harry have the last word: 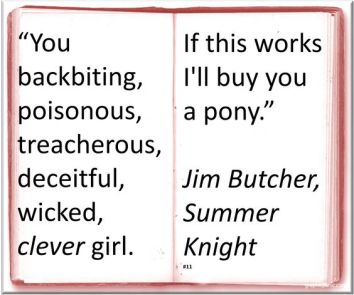 Stay tuned, Folks and keep counting the weeks! And remember, when it doubt: 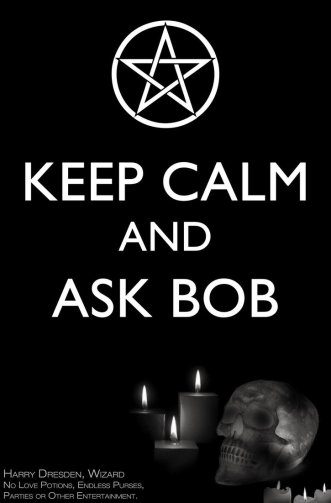