First, I’d like to thank Marcia for all the work she’s done, creating this blog and inviting us all to participate – and what a great group of authors this is turning out to be!

Seeing as Marcia has given us free rein on topic, I thought I would write about the greatest writing asset I have outside of my own imagination and learned skills: the fabulous writers group I belong to.

And I mean an honest-to-God, in-the-flesh writers group – less common these days perhaps than virtual ones, but a great way for writers to meet face to face and discuss issues in the here-and-now.

As writers, we tend to tap away on our keyboards in our ivory towers (or an over-crowded home office, in my case), and get most of our feedback after we’ve written our ‘masterpiece’. Working with a ‘live’ group is more than some writers can cope with (we’ve had the odd person join, come to one meeting, and never be seen again, and I promise you, we’re not that scary!), but if you can,

I feel they can be a magnificent resource. I joined my group (he-hem) thirty years ago. Back then, there was no such thing as indie publishing (not quite true – it was called ‘vanity publishing’, and all you succeeded in doing was spending money), so we were all seeking traditional publishing deals. Several members of the group already had professional sales of short stories (SF and fantasy has always had a market for shorts), and at that time I was the only one working on a full length novel.

That didn’t matter – the skills overlap, and I learned so much about characterisation, plotting, fiction writing skills (I was already writing commissioned features for several horse magazines by this point, so I had a fair grasp of non-fiction), and so much more.

Another fantastic skill I learned, was how to critique positively – and that is the most important thing you require of your fellow group members: the ability to critique, not criticise.

Of course, we’ve had a few harsher members, but we slap ‘em down so fast they fall into line pretty quickly!

We meet once a month, and crit 2 pieces of work: short stories or novel chunks. The benefit to me is that if my plot goes off at a tangent, or I write myself into a dead end, they will tell me before I waste too much time and effort, and we will usually then segue into a brain-storming session on how to fix it.

We also cover a wide range of professions, so we have great expertise to draw upon in many areas. The core members are still the same people (four of us) and the other four or five have changed many times, but as a group we’ve been darned successful over the years. Two former members have multiple books traditionally published, two went on to set up their own publishing companies, and all of us sell work for real money.

Of course, it isn’t always like that. Writers groups often get bad press, and I can fully understand this, as the wrong group can be deadly to an author’s confidence, and may throttle their freedom of expression.

What you don’t need is one (or two) dominant know-it-alls who want to run the group for their own aggrandizement. I’ve seen this in action, and it was a horrific experience.

I was invited by a group that a friend belonged to, to give a talk (for which I was paid—yay!) on the ins and outs of being a published author. Although my fiction is self-published, I have traditionally published non-fiction books (on training dressage horses), so I have firsthand knowledge of how a publishing deal works for the author (a topic for another day, perhaps?).

As a guest, I was forced to sit through the entire regular meeting first, before doing my presentation at the end. I was stunned, and not in a good way. The chairman had a stranglehold on proceedings, ordering people around and cutting them off like a slave master. Any good individual ideas were nixed, because he hadn’t come up with them. I left that meeting so relieved that I’d found my perfect group at first attempt. My friend parted company with them shortly after.

Do any of you have experience with writers groups, good or bad? Or do you prefer the facelessness of modern internet groups? Do tell…

Living mostly on the UK South coast, she also shares a farmhouse in the majestic, mystery-filled Scottish Highlands where she retreats to write when she can find time. Her taste for the good things in life is kept in check by the expense of keeping too many dressage horses, and her complete inability to cook.

Her debut novel, epic fantasy The Princes’ Man, first in a trilogy and winner of a UK Arts Board award, was an Amazon Top 100 Hot New Release. 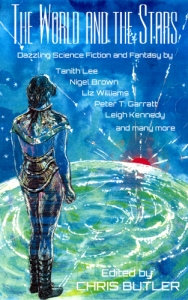 The World and the Stars is an accumulation of work written largely by people who have either been in the group in the past, are in it currently, or have had something to do with it.  Links Here: 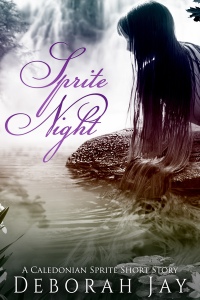