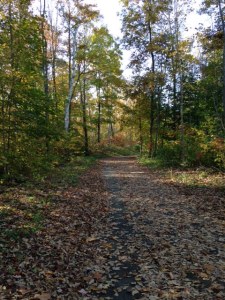 When I lived in France, November was a special month for me.

November was the literary season with awards and prizes.

November was the arrival of the Beaujolais Nouveau, a young wine that you don’t keep in your cellar but drink in the weeks that follow.

November was also my birthday month.

When I moved to the United States I adapted and adopted new celebrations and traditions.

I was happy that Thanksgiving happened to be in November.

And I could participate to the infamous NaNoWriMo.

I have mixed feelings about this crazy race.

I started a new YA story.

I won’t have 50 000 words by the end of the month but I have the beginning and the ending and enough elements to know that it’s a manuscript that I will finish.

How do I know that I can turn this bud of a draft into a completed manuscript?

I have been a NaNoWriMo participant in the past. Three times I have clocked my 50 000 words.

One of the drafts became my recently published Middle Grade novel Chronicles From Château Moines.

One of the reasons I know that I won’t get 50 000 words is also because of this recent publication.

Writing is one thing.

So while I would like to Write new Stuff, I’m actually working at promoting a NaNoWriMo baby, while plotting the birth of a new one. Because you just never know where 50 000 words will take you.