Today, I’d like you good folks to help me welcome Antoinette Truglio Martin to the Write Stuff. This is her first visit with us, but I hope it won’t be her last. And, without further ado, I’ll let  Antoinette tell you more about who she is and what she’s written.

Thank you, Marcia. The heart of the Becoming America’s Stories series came from my grandmother and her sisters telling and retelling their stories at the dinner table or in the kitchen. Stories grew from each teller, and time shifted perspective and facts. My grandmother, the eldest, was born in Sicily and immigrated with her mother across the ocean in steerage. She was perhaps two years old when she arrived and met her father for the first time in 1905. The family lived in the Lower East Side tenements on Manhattan Island. Four American daughters were soon born to the family. My grandma spent her crowded childhood in three-room flats on Mott Street and Mulberry Street.

My grandmother and her sisters had many heated argu—er—reminiscent sessions around the table, hashing out the early family history years. Their mama, my Great Grandma, was at the center, happily stirring pots adding to the commotions in bursts of Sicilian. Many of Grandma’s stories revolved around the wrongs and trespasses acted against her. The sisters had their own spin and burdens. Forgiveness may have been possible, but no one ever forgot. I hated the high-pitched hollering and the hand-slapping on the table. But the stories were so fantastic, I quietly stuck around, listened (never daring to say a word even as an adult) and remembered.

There were few artifacts to verify the stories of their life in the tenements. Photographs during those early American years were scarce. There were no diaries or stacks of letters to browse through. Except for a few pieces of jewelry, sentimental items that were once cherished disappeared from bureau drawers. That side of the family did not like clutter.

The Heart of Bakers and Artists and The Dreams of Singers and Sluggers are not factual accounts. Lines of truth and lore blurred as I wrote. I brought in essences and facts from other family stories to define the characters and bring the reader into the scenes. I also fell into amazing rabbit holes of historical data and stories while researching details. The first two decades of the 20th century established so many foundations that created the American history and American life we know today. History did not happen at one moment and was not the consequence of one person’s actions. Previous events, policies, and fate set up the remembered time and place and inspired a few to stand out from the crowd.

New York City’s Lower East Side in 1911 was an incredible time of reformation and progress that affected newly arrived immigrants and generations of Americans.

I became fascinated by the way children interacted with adults and children of different cultures, went to school, and adapted the traditions and expectations of their Old World heritage.

Children of the early 20th century had incredible responsibilities in caring for each other and journeying through indifference, bigotry, and disasters. Not all were lucky to navigate through a nurturing childhood. Many bore emotional and physical scars that festered throughout their lifetimes. Little kids working in dangerous factories or selling chewing gum or newspapers on the streets, scrounged for their daily bread and a safe place to sleep. There were many stories of despair and bad luck, as well as accounts of triumph and kindness. Despite and because of their circumstances, many spun their American life to pass on better circumstances for their children and generations to come. They made America. These stories feel familiar while witnessing the plights and hardships of 21st century immigrant youngsters.

My historical fiction novels feature the stories of how my family made their America and the factual accounts of how children played, forged friendships, and survived in the Lower East Side tenement neighborhoods. The inspiring recollections resonate in today’s playgrounds, classrooms, and around family tables. You may recognize the similarities in your stories.

Buy  The Heart of Bakers and Artists HERE
And wherever books are sold.

The Dreams of Singers and Sluggers picks up where The Heart of Bakers and Artists left off. Lily has big dreams to sing out with her powerful voice, but now must do EVERYTHING, since Mama fell into a deep depression, the baby is sick, and the “Black Hand” terrorizes the neighborhood, threatening her chance to sing at the New York Highlanders Fourth of July baseball game. The Dreams of Singers and Sluggers launched on October 25, 2021 and is available at Amazon and wherever books are sold. 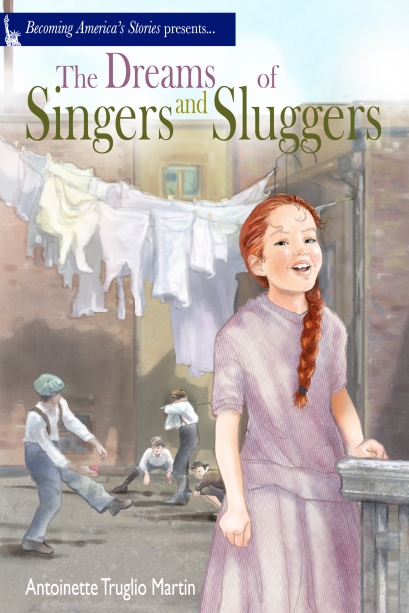 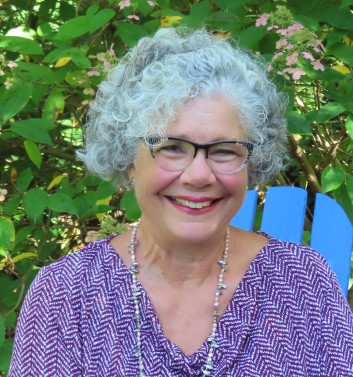 Antoinette Truglio Martin is a speech therapist and special education teacher by training but really wants to be a writer when she grows up. She has been collecting and writing stories forever. Over the years Antoinette had been a regular columnist in local periodicals and had several essays featured in newsletters and literary reviews.

Buy Hug Everyone You Know HERE

You can find Antoinette on Social Media Here: