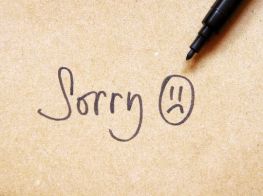 Submissions for #FirstLineFriday are officially closed now. My thanks to all who emailed me with their guesses. I knew this one would be difficult, but I had hoped one or two of you would get it. Alas, no one did this week, so without further ado, here’s the answer to today’s quiz:

“The stranger came early in February, one wintry day, through a biting wind and a driving snow, the last snowfall of the year, over the down, walking as it seemed from Bramblehurst railway station, and carrying a little black portmanteau in his thickly gloved hand” is the opening line from The Invisible Man, a science fiction novel written by H. G. Wells in 1897.

Originally serialized in Pearson’s Weekly in 1897, it was published as a novel the same year. The Invisible Man the title refers to is Griffin, a scientist who has devoted himself to research into optics and invents a way to change a body’s refractive index to that of air so that it neither absorbs nor reflects light and thus becomes invisible. He successfully carries out this procedure on himself, but fails in his attempt to reverse it. An enthusiast of random and irresponsible violence, Griffin has become an iconic character in horror fiction.

While its predecessors, The Time Machine and The Island of Doctor Moreau, were written using first-person narrators, Wells adopts a third-person objective point of view in The Invisible Man. The novel is considered very influential, and helped establish Wells as “the father of science fiction.”

Wells said that his inspiration for the novella was “The Perils of Invisibility,” one of the Bab Ballads by W. S. Gilbert, which includes the couplet “Old Peter vanished like a shot/but then – his suit of clothes did not.”

The Invisible Man has a wealth of progeny. The novel was adapted into comic book form by Classics Illustrated in the 1950s, and by Marvel Comics in 1976. Many writers and filmmakers also created sequels to the story, something the novel’s ambiguous ending encourages. Over a dozen movies and television series are based on the novel, including a 1933 James Whale film and a 1984 series by the BBC. The novel has been adapted for radio numerous times, including a 2017 audio version starring John Hurt as the invisible man. The cultural pervasiveness of the invisible man has led to everything from his cameo in an episode of Tom and Jerry to the Queen song “The Invisible Man.”

EARLIEST FILM VERSION:
The Invisible Man is a 1933 American pre-Code science fiction horror film directed by James Whale. Based on H. G. Wells’ 1897 science fiction novel The Invisible Man and produced by Universal Pictures, the film stars Claude Rains, in his first American screen appearance, and Gloria Stuart. The film was written by R.C. Sherriff, along with Philip Wylie and Preston Sturges, though the latter duo’s work was considered unsatisfactory and they were taken off the project.

As an adaptation of a book, the film has been described as a “nearly perfect translation of the spirit of the tale” upon which it is based. The first film in Universal’s Invisible Man film series, it spawned a number of sequels and spin-offs which used ideas of an “invisible man” that were largely unrelated to Wells’ original story.

Rains portrayed the Invisible Man (Dr. Jack Griffin) mostly only as a disembodied voice. Rains is only shown clearly for a brief time at the end of the film, spending most of his on-screen time covered by bandages. In 2008, The Invisible Man was selected for the United States National Film Registry by the Library of Congress as being “culturally, historically, or aesthetically significant.”

PERSONAL NOTE: The image of the man covered by bandages (so you could see him) is why the phrase “thickly gloved hand” made me think of this movie as soon as I read the opening line. While I haven’t read the book, I’ve seen the early version of the movie (not when it was released in 1933, though. Even I’M not that old! 😀 ) and several adaptations over time. 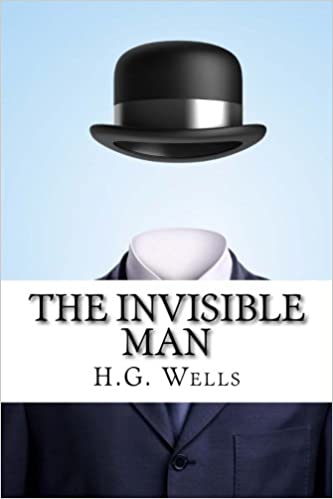 And that takes care of our #FirstLineFriday for this week. This was a tough one, and I’m not surprised that we didn’t have a winner. However, I hope you enjoyed taking a look at that extraordinarily long and comma-filled opening line, and contrasting it with what most of us would do today.

Thanks so much for taking part, and I’ll be back with another #FirstLineFriday quiz in a week or two. (Still catching up, here.) See you then!

32 thoughts on “#FirstLineFriday Submissions Are Now Closed! Here’s the Answer to Our Quiz”