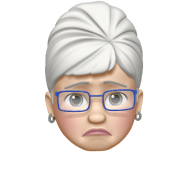 Submissions for #FirstLineFriday are officially closed now. My thanks to all who emailed me with their guesses. (ONE!) Sadly, we have no winners today, but I’m pretty sure most if not all of you have heard of this book and the hugely popular movie, even if you haven’t read it. (I read it and saw the film, but it was a long time ago, when I read a lot more horror than I do today.)

And now, here’s the answer to today’s quiz:

“Like the brief doomed flare of exploding suns that registers dimly on blind men’s eyes, the beginning of the horror passed almost unnoticed; in the shriek of what followed, in fact, was forgotten and perhaps not connected to the horror at all.” is the opening line from The Exorcist by William Peter Blatty.

The Exorcist is a 1971 horror novel by American writer William Peter Blatty. The book details the demonic possession of eleven-year-old Regan MacNeil, the daughter of a famous actress, and the two priests who attempt to exorcise the demon. Published by Harper & Row, the novel was the basis of a highly successful film adaption released two years later, whose screenplay was also written and produced by Blatty, and part of The Exorcist franchise.

The novel was inspired by a 1949 case of demonic possession and exorcism that Blatty heard about while he was a student in the class of 1950 at Georgetown University. As a result, the novel takes place in Washington, D.C., near the campus of Georgetown University. In September 2011, the novel was reprinted by Harper Collins to celebrate its fortieth anniversary, with slight revisions made by Blatty as well as interior title artwork by Jeremy Caniglia.

One of the most profitable horror movies ever made, this tale of an exorcism is based loosely on actual events. When young Regan (Linda Blair) starts acting odd — levitating, speaking in tongues — her worried mother (Ellen Burstyn) seeks medical help, only to hit a dead end. A local priest (Jason Miller), however, thinks the girl may be seized by the devil. The priest makes a request to perform an exorcism, and the church sends in an expert (Max von Sydow) to help with the difficult job.

The Exorcist changed popular culture forever. Now, William Peter Blatty’s groundbreaking story of faith and supernatural suspense–the runaway #1 bestseller that started it all–is reincarnated in this spectacular newly polished and rewritten 40th Anniversary Edition of the novel that burst through society’s seven seals and paved the way for the entire genre that followed it: the unforgettable The Exorcist.

That wraps it up for this week, folks. Thanks so much for taking part, and I hope you’ll stay tuned for another #FirstLineFriday quiz next week. See you then, if the bridge don’t go, an’ the creek don’t rise! In the meantime:

10 thoughts on “#FirstLineFriday Submissions Are Now Closed! Here’s the Answer to Our Quiz!”