Even though it’s not #ShareAReviewDay here on The Write Stuff, I can’t resist sharing Deborah Jay’s review of A Boy Named Rabbit with you this morning. It simply made my morning, and after the events of last week, I really needed some warm fuzzies! I’m always so happy when readers fall for this little boy who’s such a joy to write. Please check out what Debby has to say, and then pass it along if you would. Thanks so much, and a million heartfelt thank-yous to Debby, too. 🙂 ❤

My first review of the year was for book #1 in Marcia Meara’s WAKE-ROBIN RIDGE series, and I’m moving right along with my review for book #2, A BOY NAMED RABBIT. I read all four back-to-back, so I will get around to reviewing the others shortly. 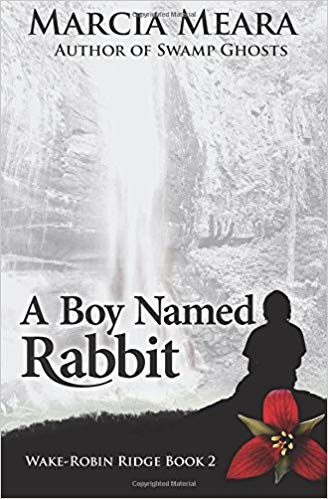 A Boy Named Rabbit by Marcia Meara
My rating: 5 of 5 stars

Sarah and Mac survived a terrifying encounter with a vengeful ghost in book #1 of this series, ending up happy and settled together, but nothing could have prepared them for the way their world is turned topsy-turvy in book #2 by the arrival of an elusive figure on their land. Quite what – or who – is the wild, half-starved boy Sarah sees near the grave of Mac’s son?
Meara has created a truly unique character in Rabbit – a child raised in complete isolation from the modern world. The only…

24 thoughts on “#BookReview – A BOY NAMED RABBIT by Marcia Meara”