Today, I’d like to welcome ME to The Write Stuff.  😀 I’ve run out of reviews from others to schedule this week, so I’m sharing one of my own that I’m especially proud of. Hope you’ll indulge me. (And if you have a new or favorite review you’d like me to share here, please feel free to email me. All instructions are in the link in the Menu Bar at the top of the page.)

But for now, I hope you’ll enjoy this review of A Boy Named Rabbit, and will share far and wide. THANKS!

Every now and then, an author manages to write a character so distinctive and impactful, he becomes difficult to forget. Sometimes it’s someone inherently evil; other times the character is a beacon of good. But seldom does such a character elevate himself past memorable — to do so is to vault over a rather high bar.

Marcia Meara’s Rabbit is one such character.

I can tell you she’s written another lovely book with a solid plot. I can tell you her settings are vivid and her villain chilling. All of that is true. Yet none of it matters.

I recommend this story because of a little boy named Rabbit who climbed down off a mountain and strode right into my heart.

This is a heart-warming tale of love and family, one that’s sure to tug at any reader’s heartstrings. It’s also a story you don’t want to miss. It’s a must-read.

“Evil’s comin’, boy…comin’ fast. Look for the man with eyes like winter skies, and hair like a crow’s wing. He’s the one you gotta find.”

The remote mountain wilderness of North Carolina swallowed up the ten-year-old boy as he made his way down from the primitive camp where his grandparents had kept him hidden all his life. His dying grandmother, gifted with The Sight, set him on a quest to find the Good People, and though he is filled with fear and wary of civilization, Rabbit is determined to keep his promise to her. When he crosses paths with Sarah and MacKenzie Cole, neither their lives, nor his, are ever the same again.

The extraordinary little boy called Rabbit has the power to change the world for everyone he meets, but can he save himself from the one person his grandparents had hoped would never find him? His dangerous and bittersweet journey will touch you in unexpected ways, and once you’ve let Rabbit into your heart, you’ll never forget him. 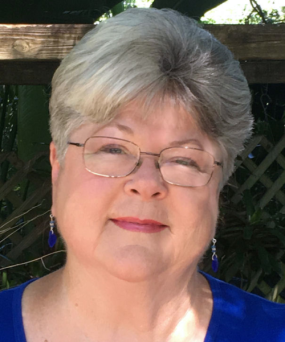 Marcia Meara lives in central Florida, just north of Orlando, with her husband of over thirty years, four big cats, and two small dachshunds. When not writing or blogging, she spends her time gardening, and enjoying the surprising amount of wildlife that manages to make a home in her suburban yard. At the age of five, Marcia declared she wanted to be an author, and is ecstatic that at age 69, she finally began pursuing that dream. Her belief in the redemptive power of love is a unifying factor in both of her popular series and her poetry. Today, she’s still going strong, and plans to keep on writing until she falls face down on the keyboard, which she figures would be a pretty good way to go!

Marcia has published six novels, one novella, and one book of poetry to date, all of which are available on Amazon:

The Emissary: A Riverbend Spinoff Novella

47 thoughts on “#ShareAReviewDay – A Boy Named Rabbit by Marcia Meara”