Marcia’s busy today, so she gave me permission to play in her sandbox while she’s gone… 😀

I’ve taken some risks with my latest Marcia Banks and Buddy cozy mystery, and I’d love to hear your take on it. Here’s the gist of it from a post I did earlier in the week.

HOW DO YOU FEEL ABOUT CONTROVERSY?

Some people don’t mind controversy; a few even thrive on it. And with social media, these two groups seem to have found their voices more and more lately.

But I’m in the group that pretty much hates controversy. I sit on my hands at least once a day, resisting the temptation to get into it with someone on Facebook or Twitter. It just isn’t worth the stress.

In my Kate Huntington mysteries, I have often touched on somewhat controversial social issues. I’ve been fortunate that they have been well received. I really enjoyed writing those books, but more recently I’ve been having fun with a lighter cozy mystery series about a service dog trainer.

I thought I had left the somewhat darker topics behind. My muse, however, had a different idea. She spun out a story in my head that involves two less-than-likeable characters who are members of groups that normally inspire high levels of sympathy in people.

In my new release, I have a crabby paraplegic veteran, who has an unhealthy obsession with his sister’s love life, and a brash, hard-to-like sexual assault survivor.

My main character, Marcia Banks, doesn’t particularly care for either of these people when she first meets them. And she feels guilty about that. How can you dislike a veteran in a wheelchair? she asks herself.

But the reality is that people in most groups come in all sizes, shapes, and personality types. And some of them aren’t going to be likeable. (READ MORE of original post)

Nonetheless, I’m feeling a bit of trepidation as this book releases. I know I will get blow-back from some folks. I hope it doesn’t get too nasty.

What do you think? Am I worrying for nothing?

Here’s the scoop on the new release: 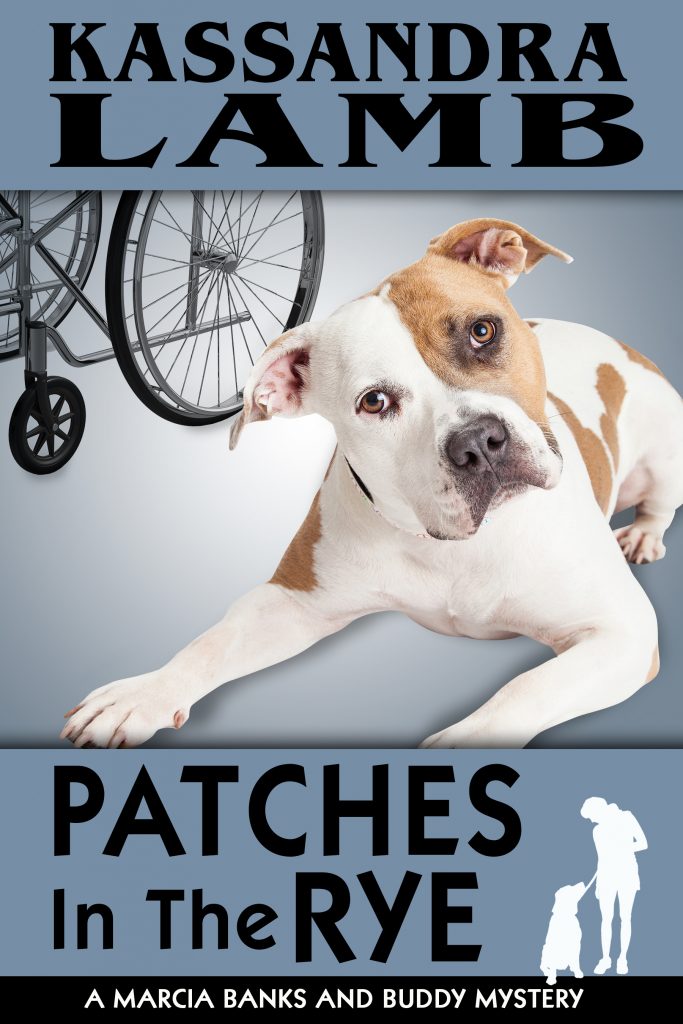 Patches in the Rye, A Marcia Banks and Buddy Mystery, Book 5

Nothing about her new client is what service dog trainer Marcia Banks expected—from the posh house that says family money to his paranoid preoccupation with his sister’s love life—but when he dangles a thousand-dollar retainer under her nose, she can’t resist playing private detective.

In between training sessions, Marcia digs into the sister’s boyfriend’s sketchy past. But the deeper she digs, the more questions arise. How is a disastrous fraternity party five years ago linked to blackmail, prostitutes, and murder today? And who’s driving the black SUV that keeps trying to turn Marcia and her dog Buddy into roadkill?

She can’t let it go, not when there are innocents at risk who are depending on her to find the truth. But the deepest, darkest truth is the one she wishes she never uncovered.

21 thoughts on “How Do You Feel About Controversy? (and my new release)”