This morning, I’d like to welcome Teagan Geneviene to The Write Stuff. Teagan is sharing a review for The Three Things Serial Story, and I hope you’ll enjoy reading it. I sure did! Please remember to share far and wide today. We’ll do the same for you when it’s your turn. Enjoy! 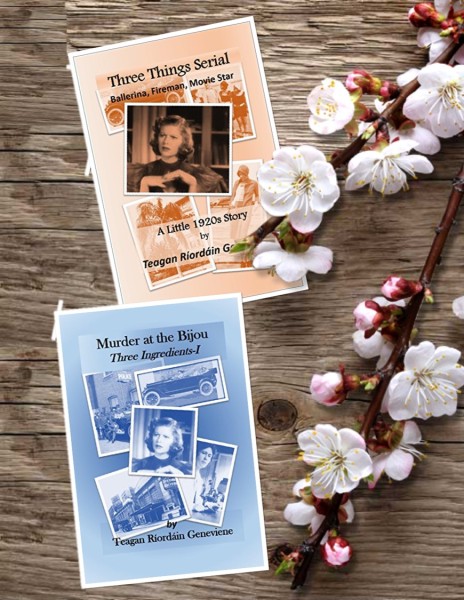 The Three Things Serial Story: A little 1920’s story has a little bit of everything in it – a touch of a romance or two, stolen goods, a kidnapping, a gang of ruthless men and a satisfactory ending. Teagan manages to achieve all of this in a well written and interesting way based on three word prompts provided by readers of her blog each week. I am frankly quite incredulous that a writer can weave three prompts into each episode and still come out with a story that makes perfect sense, entertains and flows. This approach has the added appeal of resulting in quite a unique story line.

The book is set in the 1920’s which I enjoyed as I don’t know that much about life in the US during that time period and it has been fun to find out more about it. The main character, Pip, is a flapper with a great sense of adventure. I didn’t know what a flapper was so I looked it up and it means a fashionable woman during the 1920’s who was intent on enjoying herself and flouting the behavior conventions of the time. Pip definitely fits this definition as an independent young woman with a mind of her own. I liked that Teagan describes Pip as a wholesome girl with a good appetite for food and fun. I thought the fact that Pip was ready to dive into the ice cream during the book was a good thing and it makes her a suitable role model or female readers in our modern world of obsessions with food and extreme thinness.

The story is fast paced and a jolly good read.

The Three Things Serial Story is the novella version of a serial that helped establish my blog.  It is a spontaneously written (“pantser”) story. Everything in it — characters, setting, plot, was driven by “things” left by readers of the blog Teagan’s Books, episode by episode. Each week readers left three more things. The story evolved according to what those random things inspired. The serial began with oscillating fan, which brought me the vision of the 1920s setting. The era and narrator continued in two more serials that followed. While it was not great literature, it sure was a fun ride!  Here’s a trailer to put you in a Roaring Twenties mood.

Many readers asked me to provide the serial as a book, and that’s what I’ve done with this novella. 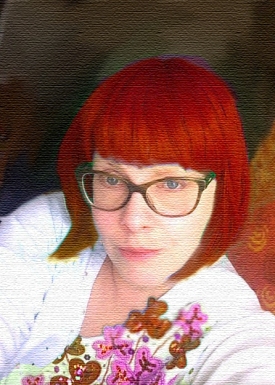 Though I wasn’t born there, I was enchanted by the desert southwest of the USA when I moved there.  Now a resident of a major east coast city, I long to return to those enchanting lands.

When did I start writing seriously?  I had always devoured fantasy novels of every type.  Then one day there was no new book at hand for reading — so I decided to write one.  And I haven’t stopped writing since.

My work is colored by experiences of my early life in the southern states and later in the southwest.  Major influences include Agatha Christie, Terry Brooks, David Eddings, Robert Jordan, and Charlaine Harris.

Most often I write in the fantasy genre, but I also write 1920s mysteries and Steampunk.  My blog, “Teagan’s Books” also features serial stories spontaneously written according to “things” from viewers.