This afternoon I’d like to welcome Janice Spina, who is sharing a review of her novel, Hunting Mariah. Hope you enjoy this one, and will share it with the Immediate World. Thanks! 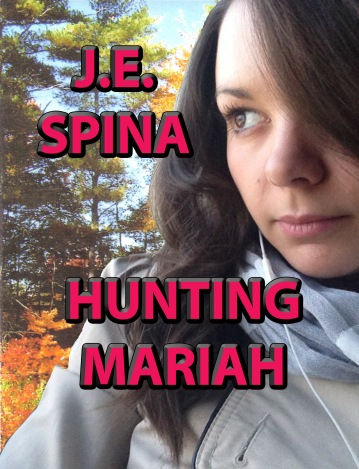 Hunting Mariah is a riveting and relentless novel that had me hooked from the very beginning. A serial ‘school killer’ is on the loose and the book begins with the gruesome details of his first victim and her death … and his particular macabre desire to mark them.

Whilst the author successfully albeit uncomfortable reaches inside the killer’s mind, the book’s main narrative centres on the young woman Mariah and for an unknown reason she is key to the killings.

For a large portion of the book, Mariah finds herself in a health facility and with the help of Dr. Roberts is gradually recalling the details that led to her admission. Her amnesia is slowly and tantalisingly broken and the book is mainly told through her recollections of the past, as well as through immediate events surrounding the doctor and her school counsellor Tony, whom she has fallen in love with. Whenever solid foundations seem to have been laid, they are shaken up and no one is quite who they seem!

This fast-paced novel is darkly sinister and menacing, at times macabrely violent. The intensity is balanced by the gentle awakenings of Mariah’s memory, her sweetness and innocence and the protective and loving support around her.

An insane killer, obsessed with blood and death, seeks revenge with those he perceives wronged him. He is now on the loose. His next victim may be Mariah. During his rampages he writes macabre poems for his victims.

Mariah has lost her memory. Will she remember what has transpired in her past? Can Mariah escape the deadly killer’s grasp? Will she finally be safe? Will the killer be apprehended? 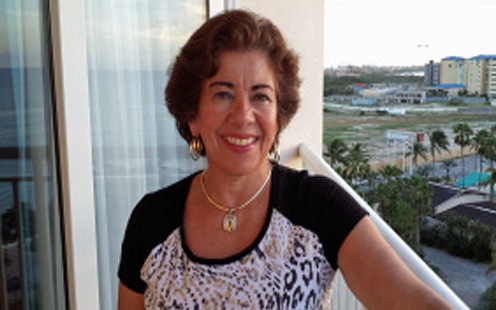 Janice Spina aka J.E. Spina is an award-winning author with twenty published books ranging from infants to adults and in multi-genres. She has been writing since the age of nine. Janice always dreamed of being an author but did not realize this dream until after she retired from an administrative secretarial position in a public school system in Massachusetts.

Janice submitted an article to an anthology collection by author Kristina Stanley and published a short story in The Writers Newsletter. Janice’s books have won a total of eleven book awards – seven Pinnacle Book Achievement Awards, one Mom’s Choice Awards, two Reader’s Favorite Book Awards an Honorable Mention and a Silver Medal, and a Silver Medal from Authorsdb Cover Contest.

Her goal is to write for all ages and encourage children to read which will cultivate a love of reading and carry them throughout their lives.

Janice’s motto is Reading Can Give You Wings to Fly. Soar with Jemsbooks.com. Her logo is Jemsbooks – Books for all ages. Her husband, John, illustrates all her children’s books and creates the covers for all her books.

Janice plans to write more children’s books, middle-grade, young adult fantasy and novels over the next few years. As the author says, “There is always another story running around in my head just waiting to be written down.”

Janice’s hobbies are crocheting, exercising (walking, hula hooping to keep in shape), and reading, reviewing books, blogging, traveling, going out to the movies and dinner with her husband, and spending time with her five grandchildren who are her inspiration to write.