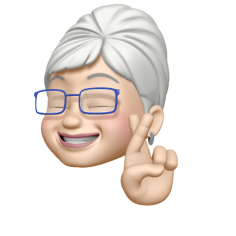 Welp … I’m back online already, but I’ve still got my fingers crossed.  We have been having major wi-fi issues for a few months now, resulting in excess fees (like triple the norm) for using cellular minutes, etc, in parts of the house where the signal wasn’t working. After some research, I realized that the technician who installed our system put the wi-fi transmitter  it in the worst possible place: down near the floor, in a corner, and against an outside wall. No wonder the signal didn’t reach as far as it should!

We decided that we would try relocating the transmitter to a better spot before spending money on an extender, but I confess I was terrified that my old computer (which is already signaling it’s  not long for this world) would never boot up again after we messed around with this. (Yes, I’m a devout coward where electronics are concerned. Give me snakes, any day!)

It was a hot, slow process, down on the floor, unhooking things and moving things, and rehooking them up again … BUT, everything came back on. There were a few hiccups and some red lights flashing, but in the end, we seem to have gotten it all running again, and so far, I have internet and wi-fi once more. And best of all, the signal is actually reaching more more than just one room away! This fix may not last forever, but as I said, my computer is likely to need replacing before long, anyway, so we’ve at least bought some time before we’ll have to hook everything up to a new one.

In the meantime, I’m back, though I’ll still be swamped with other things this weekend. But at least I can stop now and then and check in to see what’s going on. Still crossing my fingers, though. You know … just to be safe an’ all!

Have a great afternoon, everyone!