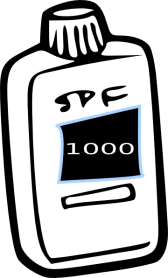 In case you’re wondering where I’ve been lately, and even if you hadn’t noticed my somewhat spotty postings, I figured it was time for an update. Seems like ever since Irma smashed our garage and cars about 14 months ago, life around here has been full of what I’ll call “annoying interruptions.” I’ve seen what disaster looks like, thanks to events like Hurricane Michael’s rampage through the Florida panhandle and the truly horrific wildfires in California, so I’m smart enough to know we haven’t had anything close to a disaster here. But we have had a lot of interruptions, causing delays in everything from replanting our crushed garden to publishing my last novella, and a few of the interruptions have been health related.

Some of you know I have had a LONG history of skin cancer issues–and I have the scars to prove it, even on my face, where I’ve had four. This started when I was in my late 30’s, so I’m pretty familiar with the dangers, the treatments, and the surgeries. Most of mine have been basal cell carcinomas, the least likely to spread and the easiest to remove IF you catch them in time. (They can become very large & potentially disfiguring if you don’t.) Three months ago, I had my first (more dangerous) squamous cell cancer on my arm, which was removed successfully. At the same time, a melanoma (the most dangerous form) was found on my back, and that was successfully removed, as well.)

My most recent issue involved a sore on my ear that didn’t look at all like any other skin cancer I’d ever seen, and which I thought was an insect bite at first. After a few weeks, I realized it wasn’t healing, and had my dermatologist take a look. Turned out to be another basal cell. If it had been on my arm, it would have been an easy-peasy bit of trimming, and done. But it was located on my outer ear, in an area where there is very little skin or tissue to work with, without the risk of disfigurement.

Yesterday, I had MOHS technique surgery done on this one. This is used when it is important to take as little tissue away as possible, while still removing all of the cancer. They do it in small increments, removing what they hope will be the entire cancer, temporarily bandaging the wound, and sending you to a surgical waiting room while they do a biopsy to see if they got it all. I had been forewarned that they would not know how much tissue I might lose, up to and including my entire ear. (Basal cells grow slowly, but they can have “arms and legs” extending outward under the skin, and there’s no way to know until the surgeon starts the procedure.)

Needless to say, I was nervous, but I had convinced myself that even if I lost my entire ear, it was not going to keep me from going forward with my life (and my writing & blogging), doing exactly what I wanted to do–ear or no ear, dammit! But I confess, I was scared when I entered the operating room. Especially after the doctor explained to me that if they did end up removing part or all of my ear, they would be setting me up with a plastic surgeon right away. 😯

The good news is, I am in quite a bit of pain today, but when I look in the mirror, I still see an ear on each side of my head! 😀 Woohoo. They did have to “go in” twice before getting it all, but the second biopsy came back totally clear. Yesterday was rough after the local anesthetic wore off, and I still can’t wear my glasses, but barring any infection, a few more days of taking it easy here at home–plus appropriate wound care & rebandaging–should be all I need to worry about until I have my follow up visit in 2 weeks.

Now, you may ask why I’m here at the computer telling you all of this instead of resting in the comfy chair as instructed, and the answer is simple. Too many people are STILL oblivious to the very real dangers of skin cancers, have no idea how to recognize a potential one, and even if they are worried about one, will put off seeing a doctor far too long for safety. Skin cancers can and do kill people regularly.  Here are the statistics:

Number One Cause of Skin Cancer: SUN exposure (On average, a person’s risk for melanoma doubles if he or she has had more than five sunburns.)

I was raised in Florida WAY before sunblock was even thought of. Folks actually believed tans were healthy, and encouraged sunbathing! All my my skin cancers and my dozens of precancers were caused by sunburns I got during my youth. (I now wear Total Eclipse sunblock to go to our mailbox!)

PLEASE, folks. Deliberate sun exposure ages your skin and is dangerous, if not deadly. And it is almost always entirely within your control to prevent.

NOTE: This has been a public service announcement, which I hope has encouraged you to rethink your sun exposure risks. But I’m done now. Honest. (Probably.) 🙂 ❤

56 thoughts on “An Update on My Whereabouts – Longish, but Hopefully Beneficial for Some”