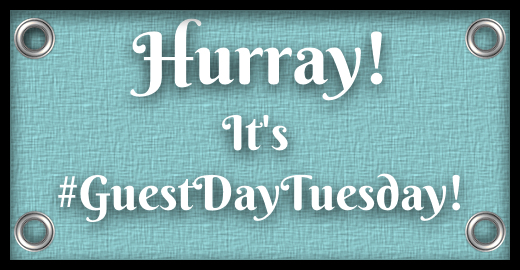 Today, please join me in giving  Darlene Foster a huge welcome back to The Write Stuff. Darlene has been sharing new Amanda adventures with us for some time, and she’s back with the cover reveal for her upcoming book, Amanda in Malta: The Sleeping Lady. I think you’ll agree that it’s gorgeous! Congratulations, Darlene! 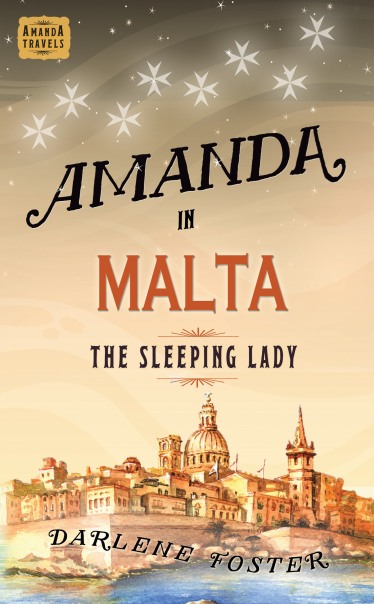 Thanks, Marcia for letting me share the cover of Amanda in Malta!
Book 8 in the exciting Amanda Travels series will be released in May 2021 and is available for pre-order on all Amazon and Indigo sites, links below.

Remember, all the books in the Amanda Travels series make great Christmas gifts.

The grass certainly doesn’t grow under Amanda’s feet. When she gets an odd postcard from Leah in Malta, alarm bells go off and she decides she has to go and help her best friend. As luck would have it, her classmate Caleb and his parents have planned a vacation to Malta and she tags along.

Amanda is intrigued by this exotic island in the middle of the Mediterranean, full of colourful history, sun-drenched limestone fortresses, stunning beaches and fascinating birds. But…who is killing the protected birds? Who stole a priceless artifact from the museum? And why is Leah acting so strange? She couldn’t possibly be involved in these illegal activities, or could she?

Join Amanda and her friends as they visit ancient temples, an exciting falconry and the enchanting Popeye Village, while they try to get to the bottom of the mystery of the Sleeping Lady.

“Now what?” Amanda stared at the closed door. “How am I going to find Leah?” She felt a lump form in her throat.

Caleb’s mom placed a hand on her shoulder. “Let’s find something to eat and think about it. I’m sure there is a reasonable explanation.”

“Like maybe she’s been kidnapped or something,” said Caleb.

His mom glared at him. “Caleb! That is not helping.”

Mr. Sorensen looked at his phone. “You’re sure this is the right address?”

“It’s the return address on the postcard, so I assumed it was where she was staying.”

As they walked down the street to a café they had spotted on the way, Amanda turned to look at the house once more. Did a curtain move in an upstairs window?

Fresh pastries that looked like turnovers were lined up in the window of the coffee shop. A sign below them indicated they were called pastizzi.

Amanda suddenly felt hungry and pointed to the display. “I’ll have one of those.”

Caleb chimed in, “I’ll have two of them.”

Mr. Sorensen bought a plateful and brought them to an outdoor table.

Amanda bit into the warm, fluffy pastry formed in a triangle and stuffed with ricotta cheese. “Yum, this is good!” She wiped her greasy hands on a napkin.

A small boy scurried by their table, bumping into it.

“Hey, watch where you’re going!” shouted Caleb as he grabbed his drink before it fell over.

“Sorry.” The Afro-headed child stopped himself by clutching Amanda’s hand. He gave a weak smile and strode off down the street. Before he turned the corner, he looked back and stared at Amanda with intense brown eyes and nodded.

“Kids! They’re the same everywhere.” Caleb’s mom shook her head while mopping up tea with her napkin.

Amanda slipped the piece of paper the boy had discreetly placed in her hand into her jeans pocket.

“There is so much I want to do here. I was only here for one day on a cruise stop a few years ago and always wanted to return and explore.” Mrs. Sorensen took a sip of tea. “There are so many interesting churches and old temples here. The Museum of Archaeology is supposed to be amazing and just look at this architecture.”

“Mooom, I don’t want to spend all my holiday in churches and museums!” Caleb groaned. “Don’t forget you promised me we would go to Popeye Village.”

“What do you mean, Popeye Village?” asked Amanda.

“It’s the movie set of the Popeye movie from 1980 starring Robin Williams. It was filmed here in Malta and the site was built specifically for the movie. Instead of taking it down, it’s now used as a theme park,” explained Mr. Sorensen.

“I love that movie.” Caleb puffed out his chest and flexed his muscles. “I yam what I yam. I’m Popeye the sailor man.”

Amanda giggled at his antics and for the moment forgot about finding Leah.

They picked up a few grocery items and some brochures from a travel information booth, then returned to the rental.

Amanda studied the postcard from Leah. The green door looked similar to the one she had visited, except for a different door knocker. The one on the door of the postcard was a dolphin while the one at the address was a lion’s head. Was Leah trying to tell her something through the postcard? Amanda turned it over and examined the address again. It was the same address they had visited.

How was she going to find Leah?

She felt prickles behind her eyes, sniffed, and pulled a tissue out of her pocket. Out fell the folded slip of paper the little boy had given her at the café. She slowly opened it. Scrawled in messy magenta lipstick were the words, TRY AGAIN.

Amanda gasped and touched her finger to her bottom lip.

Was this a message from Leah?

Brought up in southern Alberta, Darlene Foster dreamt of writing stories, travelling the world and meeting interesting people. It’s no surprise that after a number of interesting jobs, she’s now an award-winning author of the exciting Amanda Travels series featuring spunky 12-year-old Amanda Ross who loves to travel to unique places. Readers of all ages enjoy travelling with Amanda as she unravels one mystery after another. When she isn’t travelling herself, Darlene divides her time between the west coast of Canada and the Costa Blanca, Spain with her husband and entertaining dog, Dot. She believes everyone is capable of making their dreams come true if they´re willing to step out of their comfort zone.