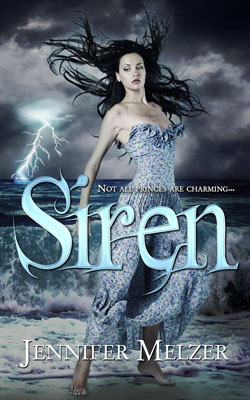 Siren glanced down. The cat was the only thing visible in the shadows around their feet, his stark white fur practically glowing in the dark and his large, unblinking eyes catching the flickering lightning in an iridescent display when it flashed.

“I’ll just stand here and shiver to death then.”

A perturbed breath lodged in Carver’s throat and he took a step back, blocking out the minimal light streaming through the door behind him. “Oh for crying out loud,” he sighed again. “I’ll take care of the alarm now. I just have to find it first. Nobody move, please.”

Siren had no intention of moving. She felt weird enough as it was, standing in the middle of a stranger’s sun porch with a wicked storm raging just beyond the shutters blocking out the world. The humid air smelled clean, like laundry had only just been taken from the dryer and the owners gave everything a good scrub down with pine cleaner and lemon-scented dusting spray moments before they walked through the door.

In the dark, however, every sound was amplified. Carver’s scuffed dress shoes clomped quietly across the hardwood, and she swore Mr. Pounce was scratching at himself as if he’d come down with a bad case of fleas. The cool floorboards creaked beneath her sandy feet, her knee clicking audibly as she started to turn away from the window to stare into the house around her.

“Is this something you do often then?” she called out. “Squat in other peoples’ homes?”

“Hardly,” the cat drawled. “You know, Mistress, if I were you I’d give the master a bit of a break. I mean, process it all, if you will, then ask yourself just how willing you would be to run around sharing the truth about yourself. His secrets are the kinds of things that get men in this modern world killed, or worse examined like some kind of alien from outer space.”

“How often do I ask you to share your opinion, Cat?”

“All the time, Mistress. Should I have shrimp scampi for lunch, Mr. Pounce? What color nail-polish today, Mr. Pounce? Do you like this dress, Mr. P—”

“I get the picture,” she snapped.

“I have always done my best to supply you with reasonable answers,” he went on. “No answer for no, a healthy meow when I agree. Today I’m asking you to be understanding with him. He’s been through more than you could possibly begin to imagine while trying to make his way back to you. He deserves the benefit of the doubt, at the very least.”

That time she said nothing, instead silently turning back over her shoulder to watch the flare of lightning flash through the minimal openings in the storm shutters. When the lights in the front room came on, it coincided with the lightning and she almost thought nothing of it until they stayed, illuminating the room in a soft yellow glow that prompted her to glance into the kitchen again just as Carver was returning.

Siren is available now in paperback, ebook and audiobook:

If paperbacks are more your style, you can purchase the paperback edition from Amazon.

One thought on “Siren Excerpt”